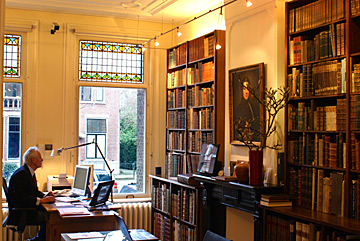 rian bookfirm was founded by Dr. W. Junk in Berlin in 1899. As a young man he was employed by his uncle J. Franz, owner of Friendländer & Sohn. In 1899 W. Junk made himself independent and established on the 10th of September his own firm specializing in Natural History. Pressured by the political situation he transferred his offices from Berlin to The Hague (Holland). The Antiquarian Department was purchased, shortly after, by my father Dr. R. Schierenberg. During his later life, Junk’s expectations as what the future would bring for the specialized antiquarian bookdealer were not great. In his wellknown book ’50 Jahre Antiquar’ published posthumously in 1949 we read on page 34: “In conclusion, it must therefore be stated that the scientific antiquarian booktrade will have led one of the shortest lives ever to have been alloted to a business, like the sudden brilliance of a meteor soon to return again to darkness. To a certain extent this is also an obituary which I write now, conceived by one who not only experienced the bright moments but also the beginnings of the descent” (Translated from the German).

Very much in contrast to this Antiquariaat Junk is one of the largest antiquarian Natural History booksellers of the world. We carry a large stock of very fine Antiquarian Natural History books, ranging from colour-plate books to early herbals, classics on geology & palaeontology as well as travel & scientific voyages. Most of our material is pre 1850 and in the higher price range. We have recently redesigned our website and incorporated thousands of photographs, enhancing the attractiveness of the site and making it easier for our customers to select items. 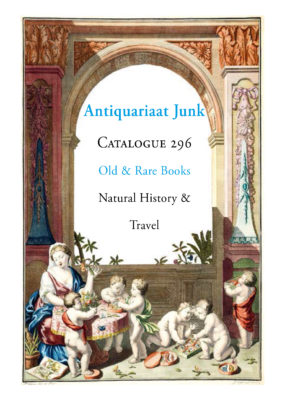